Facebook is just simply huge and the larger it gets the more it is open to new ways it can be used to scam and advertise those scams. It is the same concept and phenomenon in the computer field that applies to any software, even the Operating System. in case that loses you the Operating System (OS) is basically Microsoft Windows, Linux, and Apple OSX. Only in this case Windows being the the more prevalent is the victim hit the most so thus Facebook being as big as it is…you get the idea. Scammers like Facebook because it provides a platform to test out their scams on a large audience. The result, we have to be subject to myriads of spam posts, rogue apps bent on stealing your info, scareware (I will get into this one in another post), and many different or similar types of cons and hoaxes.Ninja is taking a stance against such malicious methods to use social media to scam and swindle people. So if this concerns you read on and make sure you share it because others having this info also affects you. So let’s begin…

Facebook does take a stance against negativity on their site and so we get features like the ticker and the timeline. We also get the like button but no dislike button. I mean really is there a need for a dislike button? I assume if no one likes a post then it is either just ok or not liked. So it is really all about what people like while Facebook makes money off knowing what people like. Apparently there is a lot of people interested in having a dislike button. Since scammers missions are all about using something everyone wants in order to bait you into clicking a link and installing malware on your computer.

If facebook ever adds a dislike button please know that it will be on every major news media market. They will be on it like dogs and trust, you will know. There are a few others that fall into this category. One is an app that let you see who is viewing your profile. I even remember an app that let you change your profile in other ways like colors instead of the facebook blue. So do not place your trust in any app that makes such claims, especially the adding of a dislike button.

Facebook does have an the option How do I feel about this post or report post, which offers a way to effectively dislike. These options should make the dislike button idea drop out into the archives and metadata spaces.

These videos are all over facebook and a good portion have a little added treat. They will ask you to complete a survey or install an app to supposedly allow you view the video. Guess what? The app is most likely a virus or malware. Oh to add you have to do this in order to see the video. This scam definitely plays on people’s curiosities. It baits you with something crazy, outlandish, very sexy, or morbid like a “Shocking” video. Crazy part about it is that people constantly re-post these video scams before they even verify them which helps it go viral worldwide in a matter of hours. The more outrageous it is (slight laugh), the quicker it spreads. When you do what it asked you will find out there is no video and the scammer just made money of off you from the survey results you provided and/or the app you installed. See money is paid out by malware affiliate marketing programs. These systems pay scammers to install malicious software. Crazy right???

I think this scam is known already but I will mention it anyways. The scam itself has many different ways that it presents itself but the idea is the same and simple. The post or whatever tell people that Facebook will be or is now gonna charge users for their accounts and if they don’t pay their accounts and everything they posted will be deleted. In the end all you end up doing is paying the scammer and they have your credit card info.

I like free stuff and I am sure you do too. If my or your friend just got a free iPad because he or she posted it then it must be cool right? So we must go get it so we can get one free too while supplies last……………….

Well, actually your friend likely installed a bogus app that uses the allow friends to post to my wall feature on facebook. The app that was installed posted the scam post or message (another topic for another post) on his or her wall and the wall of all his or her friends making it look like it was from him and he or she probably has no idea it even happened.

To verify the scam you can just check to see if the same message is posted on the walls of some of your mutual friends. You can then inform your friend that he or she can stop waiting for the postman to deliver that iPad. lol

Your Friend is Stranded

Okay now this one is weak from my opinion and yet people have fallen for it. Now this one started as an email hoax that was a big problem. Hackers like to hack into people’s facebook accounts and will often impersonate the person they hacked. Then try to get money out of their friends. Your friends may think you are in trouble and actually fall for this scam before you can even contact them. This leads me into something similar but a little different.

Facebook like to suggest new friends. Why not make new friends right? Well some of those suggestions may be hackers, people running outside scams, or people out to make money through sex. I will first start with hackers:

I just recently have been having someone making attempts to hack this site. They have been getting in but because of security measures I have implemented I have been able to block them out close to as soon as they get in. i had to make some changes to the site to keep them out permanently which has worked, or course. As I researched things further I retrieved their IP addresses. On another side of things I have been running into people asking to be friends. One new friend was questionable to me so I checked her page and there was not much on it other than images supposedly of her in various interesting outfits. To make a long story short, my investigation found that this person has been posting from the same IP addresses. Coincidence????? I think not. So they were unfriended and reported. That was all I did really cause to me their actions only helped me by actually running into a scam I knew about but never ran into. So, yeah, hackers are out there and will snatch anyone they can for fun or profit.

Next I run into people who run money scams. While back there was a lady who was supposed getting money from a military group in conjunction with a military credit union. This lady required that you wire her money so she could use it to make you more money. This part threw me off a bit so I asked questions. I guess the money you send her was like her fee plus dues for the military program that she could get you into whether you were ever military before or not cause the powers at be never check. This did not get me so I called the bank, why?, cause this person apparently worked for this bank and even posted images of herself at the bank as if she was a worker there. Well no one knew of her and it was told to me that there were a few scams that they knew about, this being one of them… Gots ta be mo careful. There are others too like the iphone scam.  These people post images of the iphones and all the money they scammed people stating you can make it too if you participate in their ‘thing’. Strange thing is you always have to send them money for some questionable reason. All of these scam ask that you send them money using Moneygram or similar (Walmart is a newer way) cause they know once you send the money there is no way to track them. Once it is out there it is gone. I told one that I would send them the money through paypal and all i got was the run around. See Paypal has strict rules on accounts and they need to verify you before you can have an active account with them. Paypal also will reimburse you if you get scammed or hacked while they chase the person.

Ads by Walmart. Deals for the day. Click ad to see deals. 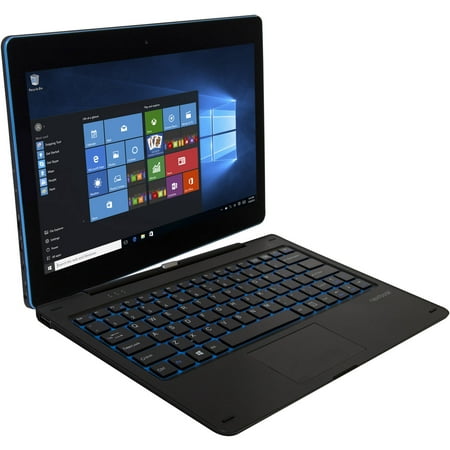 When adding friends that you know you do not really know but you have mutual friend just remember be more careful. I would also add in to avoid the facebook pages that show some female half naked on them all the time. At least check the profile and make sure it is real person. See if all they post is naked images and links to naked images. Some of these scammers are more thorough and take the time to create believable profiles. Okay you added them now make comments see if they respond to yours or any other Joe’s comments. Especially if they message you about something they are doing. Always respond and ask legit questions about what it is they are doing. The response or non-response will tell volumes. Once you deemed them unfit report them and unfriend in that process. It is crazy the commenting I see on these type of facebook profiles. You have guys (yes it is usually guys) commenting their phone numbers for this so called female to call them. I watch it go down for awhile and then I start commenting with stuff about the scam and I eventually get unfriended. haha. Okay I know about trolling not being good but in this case I troll on these facebook profiles cause trolling convos does stick in people’s memory. Oh also some profile post  image of different females. Chances are the poster is not even female….   Last year I unfriended and commented on one such profile because I got notified of one of my friend being on instagram and when I checked instagram it was a dude. I guess they forgot about that little feature. lol

Windows 10 – Revert Your User Account to a Local One

Ninja’s May Giveaway – The Winner!!!